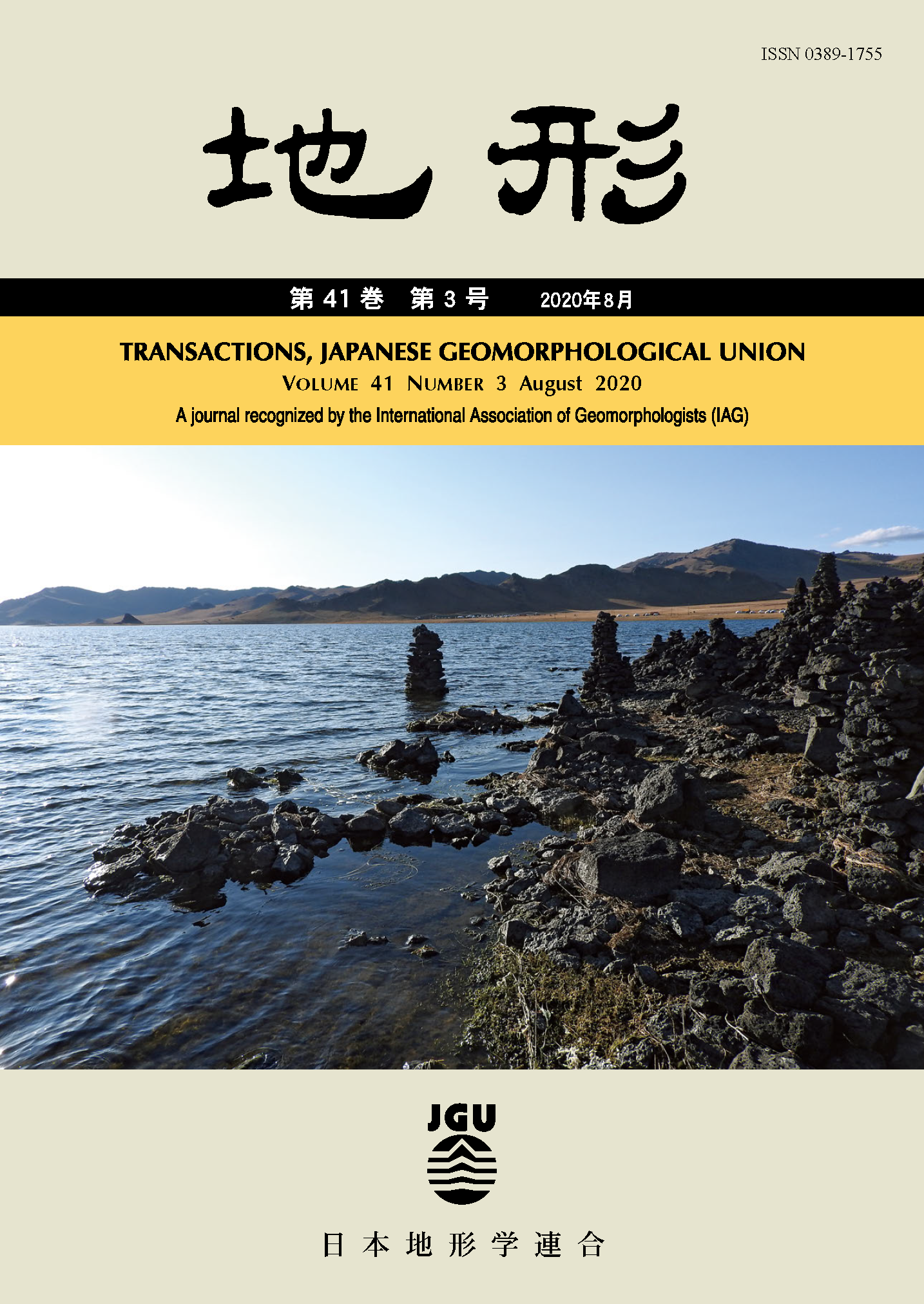 The 16th International Workshop on Present Earth Surface Processes and Long-term, Environmental Changes in East Eurasia organized by Mongolian, Chinese, Japanese, Taiwanese, Russian and Korean Institutes, was held on September 16-20, 2019 in Ulaanbaatar, Mongolia under the patronage of Institute of Paleontology and Geology MAS, National University of Mongolia, Ministry of Education, Culture, Science and Sports of Mongolia, Japanese Geomorphological Union (JGU), and Korea Institute of Geoscience and Mineral Resources (KIGAM). This Workshop was also endorsed by International Association of Geomorphologists (IAG) as well as Japanese Geomorphological Union.

The workshop consisted of two sessions: Presentations in Ulaanbaatar and field excursion in Khangai Region. Researches on earth surface processes, natural disasters and environmental changes in east Eurasia were main target of discussion in the Presentation Session. Selected presentations in the session are included in the present special issue of TJGU. Outline of the field excursion (Khangai Region) is also included in this volume.
This special issue of TJGU consists of seven papers presented in the Presentation session and an outline of the Khangai Region. Kashiwaya’s paper provides a comparative review of Baikal (Russia) and Biwa (Japan) lake-catchment systems based on short (instrument-observational and historical)- and long (geological; Quaternary) information, mainly using lacustrine sediments.Krivonogov et al. summarize three large lake-catchment systems in Mongolia: 1) the Great Lakes Depression in the north-west; 2) the Valley of Lakes (sometimes called the Valley of Gobi Lakes) in the south-west; and 3) the north-eastern part of the country. They also report some geomorphological results and problems to be discussed in the region. Oyunchimeg and Narantsetseg give some analytical results of lacustrine sediments from Achit Nuur (Lake) in western Mongolia (Great Lakes Depression) and make clear environmental changes during the past 23000 years. Uyangaa et al. show analytical results of lacustrine sediments from Olgoy Nuur (Lake) in west-central Mongolia and make clear late Pleistocene and Holocene environmental changes using statistical analysis. Nazarova et al. make a review on the Holocene environmental changes in the Kamchatka-Kuril region of north-western Pacific. They show difference and similarity between the Kamchatka Peninsula and Kuril Islands for the intervals of the early and middle and late Holocene. Nagao et al. make it clear that the distribution of forest and paddy fields is reflected in the organic matter properties of river bottom sediments in the catchment using a small river catchment in Noto Peninsula, Japan. Ochiai et al. present transport processes of suspended and riverbed sediments in a small river system in Noto Peninsula, Japan using atmospheric radionuclides (7Be, 210Pb, and 137Cs). Outline of the field excursion in Khangai Region is given by Oyuntimeg.

We hope that all the contributions in this issue will be of great use for discussions on earth surface processes and environmental changes, and they will provide fruitful results for future researches.

Table of contents of the issue